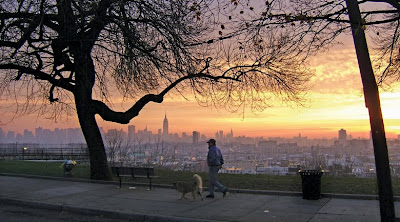 Riverview-Fisk Park on Ogden Avenue, on top of the Hudson Palisades, offers the best scenic views of the New York City skyline. 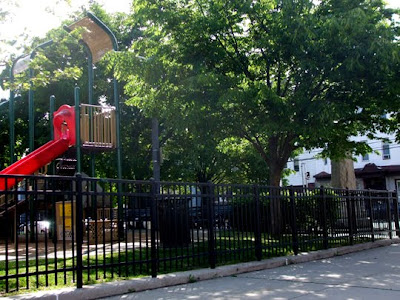 What is now a children’s playground at Riverview-Fisk Park, above, didn’t look like a fun place to be in the mid-1970s, below. 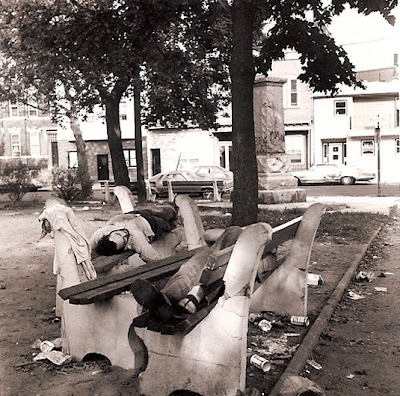 A monument honoring the soldiers of The Great War, on the northwest corner, is seen in the background in both photos, and below. 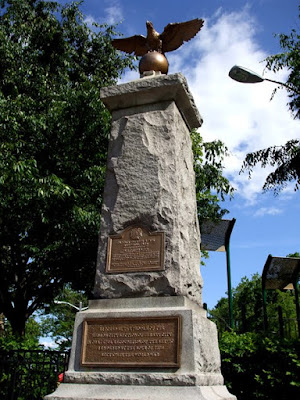 The plaque reads, in part, “In grateful recognition of the service rendered by the boys of this section in the World War.” 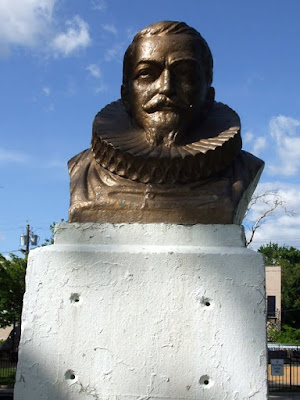 A concrete bust of Henry Hudson, the famous English sea explorer who died circa 1611, sits in the center of the park. He explored the region around New York City for the Dutch East India Co. and laid the foundation for the Dutch colonization of the area. 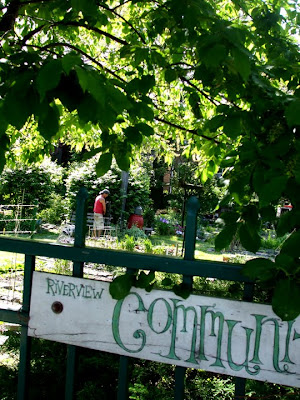 I also made a pleasant discovery on the southeast corner of the park—a community garden. Originally an abandoned lot, it was officially approved by the New Jersey Department of Housing as a community garden in 1995. 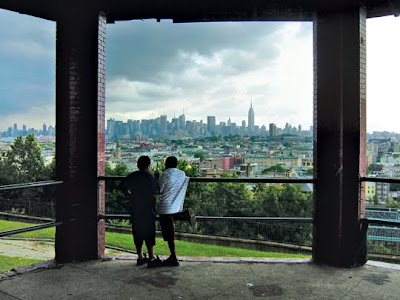 Riverview-Fisk Park also has a gazebo for viewing the Manhattan skyline, above, and basketball courts, below, which are mostly frequented by the neighborhood kids. In either case, I don't think you can beat the view. 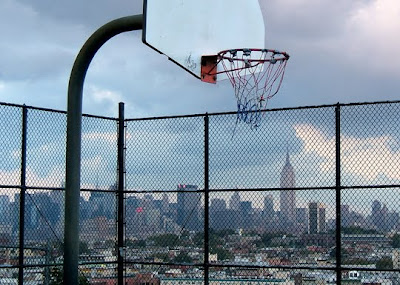 I also found an old postcard, below, depicting the park, where the gazebo is clearly visible. I have no idea how old this postcard is, but judging from how the boys are dressed in the picture, I would guess 1910s or 1920s. 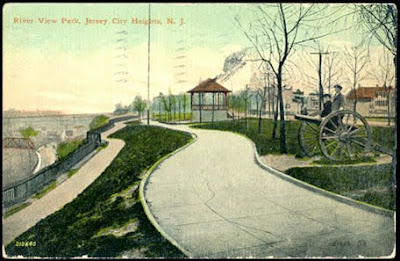 Incidentally, the cannon that is visible in the postcard and pictured below is not there anymore. The photograph is probably from the 1920s. Who doesn't like climbing a cannon? 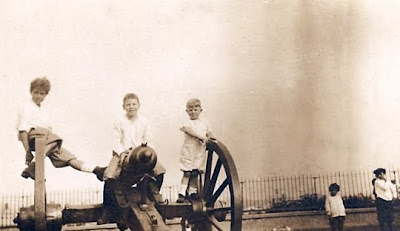 Posted by Erik Lindstrom at 4:04 PM

The Heights of Jersey City

I live The Heights section of Jersey City, built atop the Palisades, overlooking Manhattan
to the east and the Meadowlands to the west. (The Palisades are a line of steep cliffs along the lower Hudson River.)

The Heights is rich in people, culture, and history. I have lived here for six years, yet I know very little about the area. I want to change that by exploring the neighborhood with my point-and-shoot. Please join me in discovering The Heights!

Most of the photography is my own, but the historical images
are courtesy of the Jersey City Landmarks Conservancy and
the Riverview Neighborhood Association.

I hope you’ll enjoy this project as much as I will.

The Heights, outlined in red, is a district in the north end of Jersey City, with Paterson Plank Road as its main northern boundary. The southern border is generally considered to be north of the Erie Cut, also known as the Bergen Arches. The Heights is flanked by Tonnelle Avenue to the west and the Hoboken city limits to the east. Manhattan is on the right.